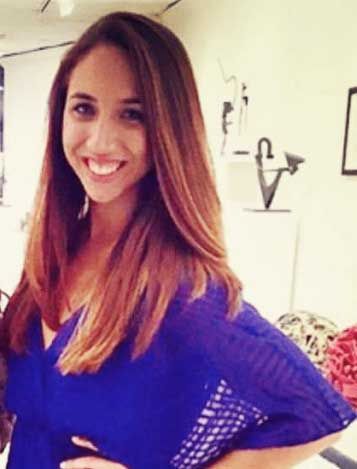 Chervene Aminian grew up dancing at a small studio in New Jersey, where she developed her passion for dance and acquired basic skills in various dance styles; it was also at this studio where she joined the competitive team where she was challenged with new and exciting routines, the opportunity to collaborate and work with other teachers, and travel around the states. During her years at the studio she was able to learn under professional choreographers such as Andrea Krohn and Geo Hubela (ICONIC from America’s Best Dance Crew and ICON Dance Center) which challenged her to try new styles and branch out. Chervene continued her dance education at Ramapo College where she was admitted on the dance team her freshman year. At Ramapo, Chervene adapted to athletic and demanding collegiate styles where she continued to grow as a dancer. While competing her first two years at Ramapo, the team took home two third place titles under Division 3 at NDA Collegiate Nationals (2010 & 2011). In 2012, the dance team won their first national championship title and in her final year, while serving as one of the team captains, they were able to prevail with their second consecutive national title (2013). Chervene now choreographs for the competitive team at Miss. Mare’s All About Dance, specializing in tap. Her routines have been consistently recognized in various top ten overalls at both regional and national competitions as well as other special awards such as entertainment awards, choreography awards, and tap excellence awards. Chervene is extremely passionate about her craft and happy to relay her passion for dance onto her students.